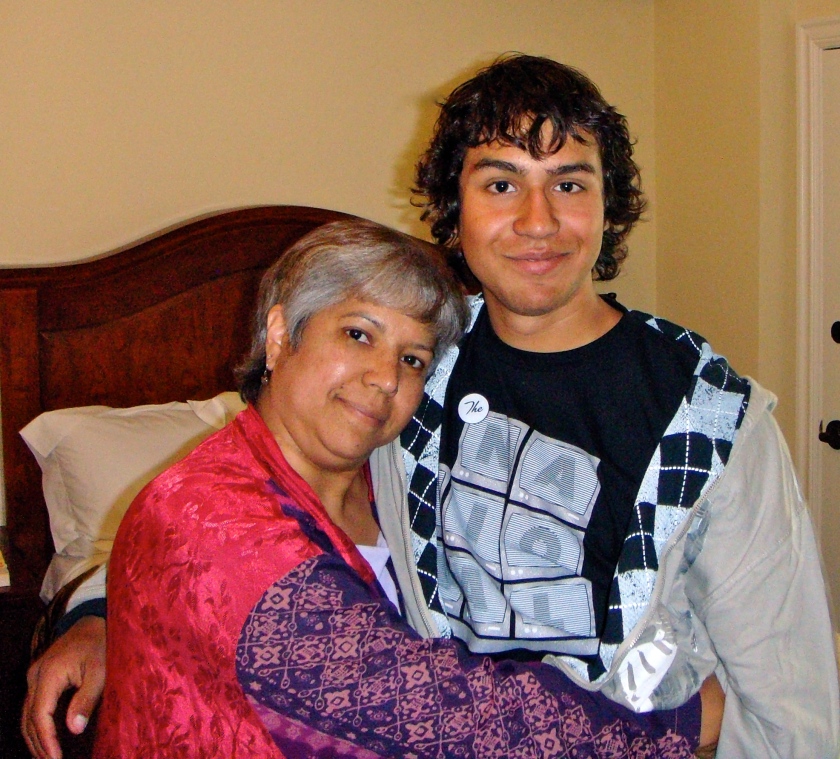 Not a poem, really. More like a stream of consciousness…

He was alive on Mother’s Day.
Did he already know?
Was a plan in motion?
Looking back, it didn’t seem so.
He appeared unburdened,
Jovial, even.

Brunch at the Cheesecake Factory,
But a 90-minute wait, so
Window shopping on Santana Row;
Would I buy him that leather jacket?
No, he didn’t need it,
The weather was warming up,
Although yes, it made him look
Very dashing.

Over the course of our meal
Each of my siblings
And my mother
Phoned from out of state.
“Happy Mother’s Day!”
After exchanging hellos,
I’d pass the phone to Julian
He’d immediately be off
In some deep conversation
With a member of my family,
Someone who loved him.
I fidgeted with my food,
Watching other mothers
Being dined and celebrated
On this Hallmark holiday.

When I had him to myself,
I asked how he was,
Expressing genuine interest,
Without crossing the line
That morphed casual chit-chat
Into an interrogation;
He considered me a nosey mom.

The girlfriend was still sweet
The job was still boring
School was still OK
The apartment was still great;
He was getting used to not having a car
He could bike almost anywhere
Or people gave him rides.
He didn’t need any money
And brunch was on him.

I remember observing him –
When his attention wandered –
Awash with admiration
For this human I’d created,
Who’d already survived so much,
And I thought to myself, “He made it to 20.
Thank God he made it to 20.”

Only weeks later,
By the next holiday,
Memorial Day weekend,
Two bottles of pills
Undid all that.

As the month of May gets underway, and as the 10th anniversary of my son’s suicide approaches, I’ve been thinking a lot about that last month of his life and the few interactions we shared in the final weeks. Mother’s Day 2010 was precious. We laughed a LOT, spring was in the air, full of hope and promise. It’s a sweet memory.